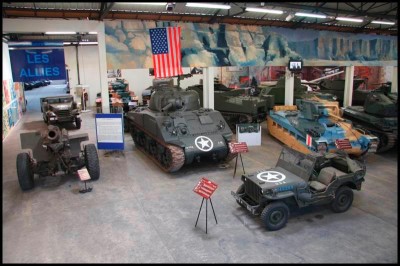 The first Allied tanks present in France, as of September 1939, were the Matilda tanks and the Vickers chenilletes of the British Expeditionary Force, who came to support the French troops in the north. Other units of the Royal Tank Corps, equipped with light tanks Matilda II and Covenanter, All these troops will courageously fight, during the counter-attack of Abbeville in particular, despite the weaknesses of their equipment, little armored and only weapons of 40 mm guns.

The Dieppe suicide operation (Spring 1942), where Canadian troops will be sacrificed to withdraw lessons from a landing attempt, will see the first commitment of the new Churchill tank, from which will be derived a whole family of special machines or "funnies": bearer of fascines to fill the pits; "Crocodile": equipped with a flamethrower and a trailer for incendiary frost; anemones with a chains of hammers hammering the ground. . . 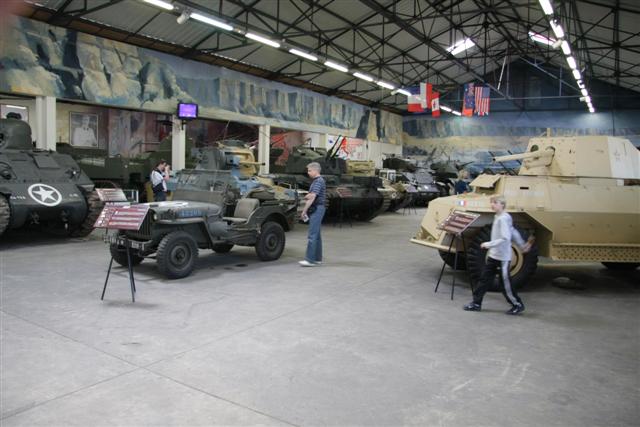 Then comes the Valentine, whose exemplary 10 000s will concern various versions, and which will equip the French Army of Africa, during the fighting of Tunisia. All these blinds will fight effectively against the Italian blinds in Cyrenaica, but the least that can be said is that they will not make the weight against Marshal Rommel's Panzer.

Fortunately, massive American reinforcements arrive in Egypt and it is with no pleasure that the "Desert Rat" discovers the new Grant and Sherman during the battle of EI Alamein, in the autumn 1942. It's sort of a baptism of fire for the American blinds.

In the inter-war period, the United States showed no interest in tanks, which were of no use. Their only experience in this field was that of General Patton during the First World War. Formed at the Cavalry School of Saumur, he created in the east of France the first school of blinds US with Renault FT and will participate in the attack of Saint-Mihiel.

Some gear you'll come across in the room Allies World War II: