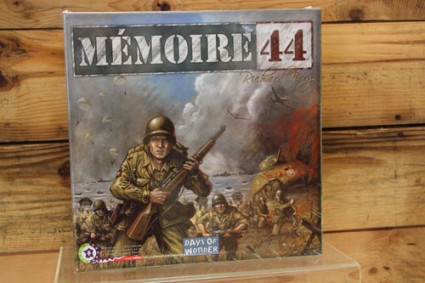 Very easy to learn, fast (30 minutes), Memory 44 offers a great diversity of scenarios through fifteen battles faithfully reproducing the historical context. Playful, educational and entertaining, Memory 44 brings together all generations around the table. With more than 180 gorgeous figures, Memory 44 is a luxurious game where strategy, daring and courage will be the best allies of the general you embody. Victory will depend on your ability to deploy your forces with command cards and to make the best use of your unit's characteristics (infantry, paratroopers, tanks, artillery and resisters).