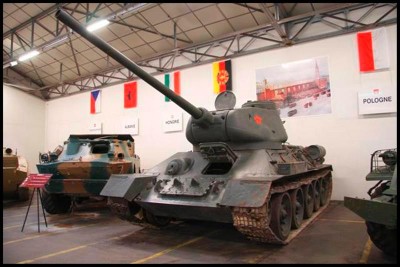 Weighing 35 tons instead of 26,5 while retaining the same diesel engine of 600 CV, this version lost a little mobility but its qualities of robustness and hardiness remained intact. The T34-85 equipped most of the satellites of the USSR and still fought in Vietnam in 1975. Its large caterpillars were little loaded (830 g / cm2) and its range of 450 km was remarkable.