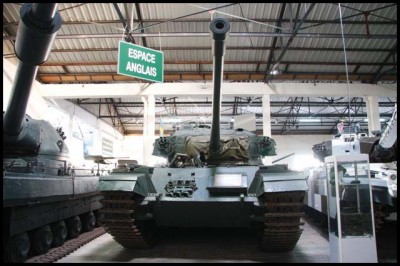 The Centurion was the first British battle tank in the post-war period. It is often considered one of the best British tanks of all time. Designed during the Second World War, it served in Europe, but too late for active combat. He served during the Korean War, where he surpassed American and Soviet tanks.

It was one of the most widespread tank designs, equipping many armies in the world. A few were still in service in the 1990 years.

In Switzerland, its turret was regularly dismantled and placed in concrete work, known as Centi, to prohibit road access to other tanks.

From the class of 50 tons, it was produced in several versions. The best armed ones had a barrel of 105 mm and the best armored of a protection of 152 mm. Only weak point, its engine 635 horses limited its speed to 35 km hour approximately.