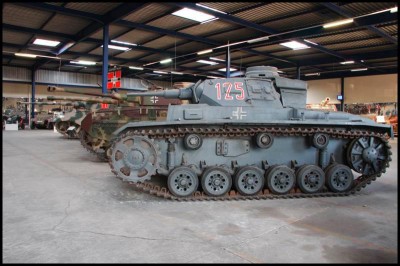 The Panzerkampfwagen III (PzKpfw III), often abbreviated to Panzer III, is a German tank, designed at the end of the 1930 years and used intensively during the first phase of the Second World War. It was developed to engage enemy tanks, while the Panzer IV, which was contemporary to it, had been planned to provide fire support to the armored formations.

However, with the appearance of more and better protected Allied tanks, only the Panzer IV was able to embark the weapons capable of destroying them, and it supplanted the Panzer III as main tank of the Wehrmacht.