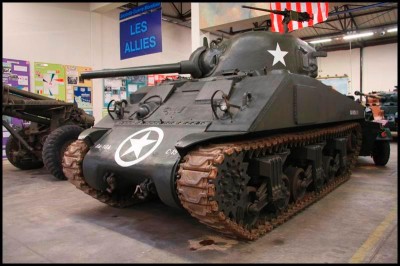 For the French, the tank Sherman is the mythical tank of the liberation, especially since it equipped the Division Leclerc when it entered Paris.

There was general agreement that it was not a very good device. (12 to 76 mm), poorly armed (1 gun of 75 and 2 machine gun), slow (40 km / h), the M4 was in all points lower than the German tanks. But the number (more than 50 000 produced) made it possible to saturate Panzerdivisionen with the help of bomber fighter. 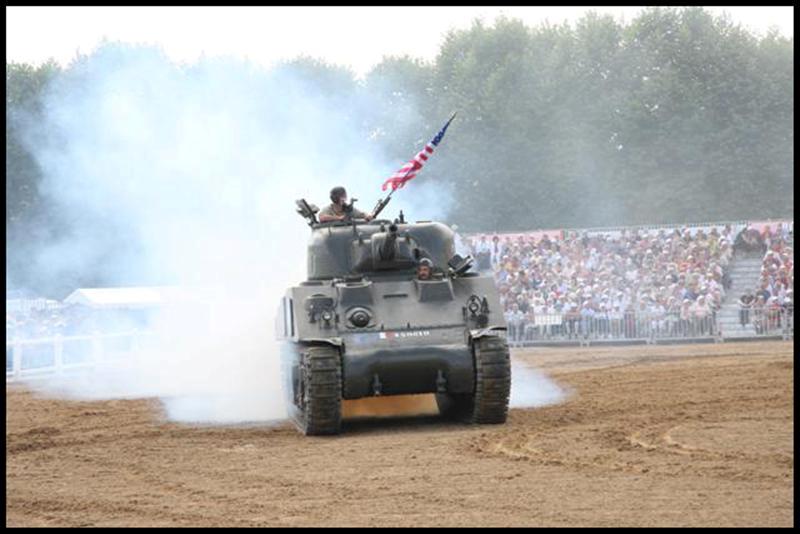 His nickname of Sherman, is attributed to him by the British, when they receive their first copies under the law of lend-lease, continuing its tradition of naming the tanks of American origin after the name of a famous general from this country.

The US Army subsequently adopts this nickname, and the Medium Tank M4 is therefore called M4 Sherman. The Canadians, by contrast, nicknamed their Grizzly, and Emcha Soviets.