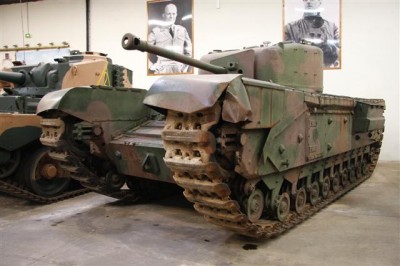 If we do not expect a chariot to assault aesthetic miracles, the silhouette of the Churchill is still surprising, with its lines pruned to snip, its immense caterpillars, its almost cylindrical turret d where a meager cannon comes out.

Yet the 540 examples of these tanks, produced in different versions, proved to be very effective on all western fronts, despite a low speed (25 km / h), a reduced range (145 km) an armament always insufficient (from 40 to 75 mm depending on the version). Seven copies participated in the second battle of El Alamein.