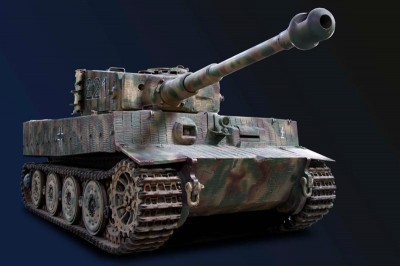 The Tiger was in service from late 1942 until the German surrender in 1945. Ferdinand Porsche gave him his nickname "Tiger" (the Roman numeral was added after the Tiger II was produced). The design served as a basis for other armored vehicles, the heavy sturmtiger auto-guns and the Bergetiger armed vehicle.

The Tiger differs from previous German tanks mainly in its design philosophy. His predecessors balanced mobility, protection and firepower. The Tiger represented a new approach that reinforced fire and armor to the detriment of mobility. A design study for a new tank was launched at the end of the 1930 years, without any production planning.

Although the general design was largely similar to the previous tank, the Panzer IV, the Tiger weighed more than twice as much. This was due mainly to its thick armor, its large barrel, and consequently the increase in the volume of fuel and ammunition.