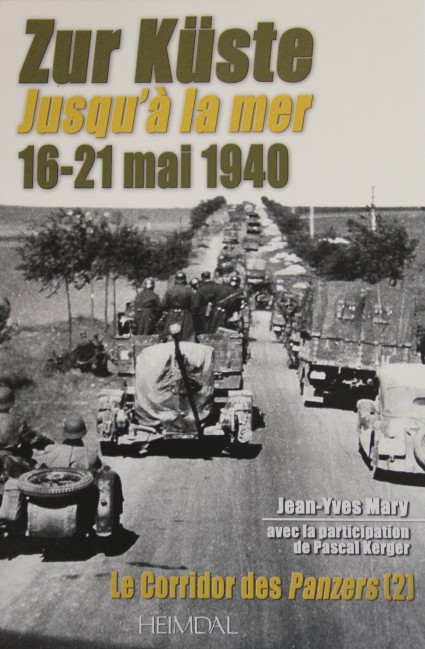 This second volume, devoted to the drama of May 1940, presents us with the great turning point of the battle. The 16 May 1940 in the morning, the fate of the battle is already sealed.

The French command is going to try to make it a good thing to re-establish a front by throwing units of Dutch or Belgian-and therefore already necessarily tried-off, units of the Maginot line before German units. The displacements of these units will be subjected to permanent aerial bombardments which will, at best, relieve them and most often disrupt them.

Even worse, when these exhausted units arrive on the battlefield, they do not have the time to organize, because they are already in contact with them, and instead of formed units, they are isolated bat- no profit for the global action, in the brazier that advances inexorably.

From May 16 to 21, the Germans will advance to the sea and surround the Allied armies imprudently advanced in Belgium. The few attempts carried out on either side of the "Corridor" to loosen the grip will all fail due to the lack of committed resources and they will not influence the course of the drama that is playing out.