The Cadets of Saumur June 1940 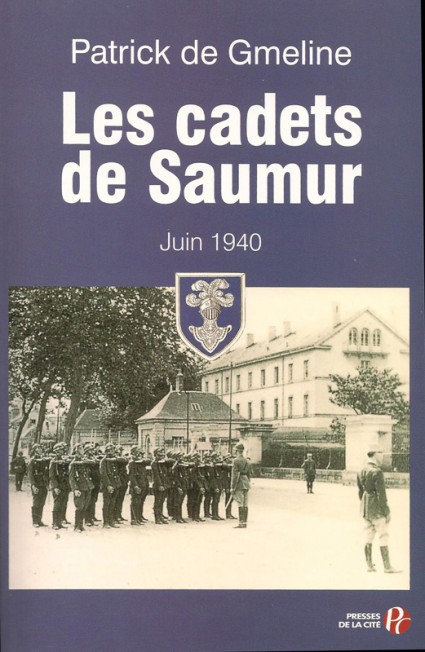 19 June 1940, 0h15: the aspiring reserve students of the 12th Cavalry Brigade scan the north bank of the Loire. Beyond the bridge Napoleon which commands Saumur, they distinguish dark masses advancing in a metallic rumble. At the gun of 25, the young Paulin Houbé chooses a target. Behind him, Lieutenant Gérard de Buffevent says: "Fire!" Houbé shoots.

Two hundred yards away, the first German tanks flamed under the moon. The vanguard of the 1ère Kavallerie Division faces the first serious resistance since the 10 May. The Cadets of Saumur thus enter the legend.

The island of Gennes, the farm of Aunis, the bridge of Montsoreau, Bressuire will mark until the 22 June these fights led by 550 aspiring students of the prestigious school of cavalry, their comrades of the train, of Saint-Maixent, and by scattered elements, dragoons, skirmishers, troopers. In all, 2 200 badly armed but enthusiastic men, resolved to sacrifice to redeem the flight of the defeat of so many others, to defend a front of 40 kilometers facing two German divisions.

To these bearded fighters whom they nicknamed "Kadetten", the German horsemen, soldiers of tradition, paid honors and freedom in homage to their courage.

If you want to buy this book by correspondence, it is possible! Simply contact the shop at 02.41.83.69.95 or by email at the following address: This e-mail address is protected against spambots. You need JavaScript enabled to view it.