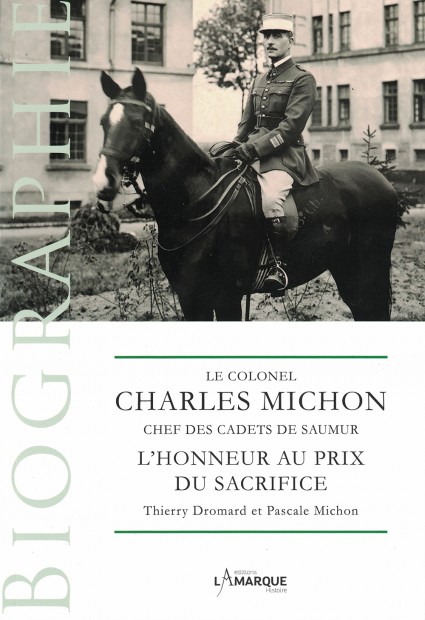 In June 1940, when all seemed lost, Colonel Charles Michon, commander of the Saumur Cavalry School, launched into the fighting ardent cadets still in training. In doing so, he passed down to posterity as the leader of the “Cadets de Saumur”. But who was he?
Based on unpublished family archives, this biography traces the journey of a cavalry officer who left Saint-Cyr in 1905, who served in Algeria and Morocco then joined the infantry during the Great War (he was seriously injured in 1915), before serving in the Levant after the war. An upright and courageous officer, loved by his men and appreciated by his leaders.
During the tragic days of 1940, Colonel Michon wrote one of the most beautiful pages in history. French military. He left a deep impression on those who approached him, which the father of one of his “Cadets” summed up in unequivocal terms: “We had entrusted our children to you. Thank you for making them men. We asked our children in a final hug at the start to be worthy of us and to know how to offer their lives to stop the enemy. Thanks to you, my son told me, this tradition of sacrifice and military heroism has been consecrated on the Loire. My colonel, thank you, your example has remained in my son's soul ”.
It's time to discover the man behind the epic.

If you want to get this book by mail order, it is possible!

All you need to do is send us your payment to the museum's address or contact the shop by phone at 02.41.83.69.95 or by email at the following address: This e-mail address is protected against spambots. You need JavaScript enabled to view it.