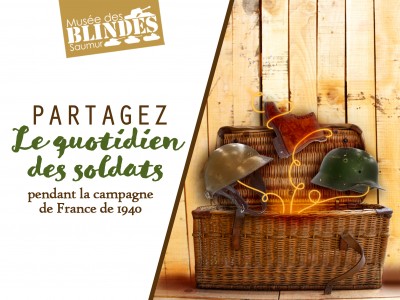 During the All Saints holidays, we offer you a thematic guided tour for the whole family on a little-known period, the 1940 French countryside.

Many myths still circulate to explain our defeat in just 6 weeks against the Third Reich.

Indeed, the French army did not have fewer tanks than the adversary. The Third Reich was not a mechanized army: 10% of its troops were fully motorized.

How was France defeated by what has been called the "lightning war"?

Throughout the visit, a series of everyday objects of soldiers specially released from the reserves will be presented.