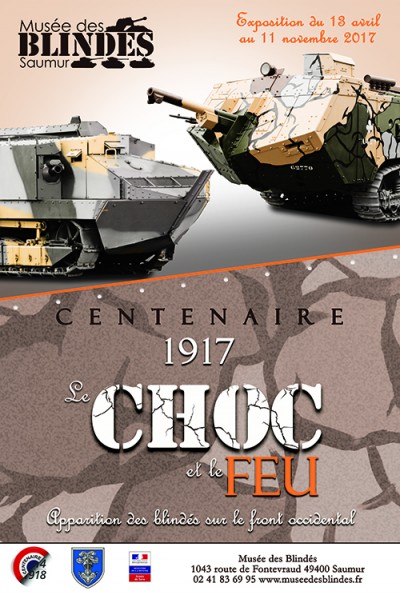 Appearance of armored vehicles on the western front

The Musée des Blindés presents an exhibition devoted to the genesis of the first tanks and the first battles.

The purpose of this exhibition is to commemorate the centenary of the first "tanks" used by the French army during the second year of the First World War.

The two unique examples of the French armored vehicles manufactured in 1916 will be exhibited, restored for this occasion thanks to a national subscription.

A journey will reveal the reasons for the creation of these new materials and their use in combat. This new invention revolutionized the art of war in the twentieth century.